The Hannah Storm Foundation’s newest patient is Cienna, a sweet two-month old baby girl with an eyelid hemangioma. Cienna will be receiving surgery this week to prevent further eyesight risks, as her vision has been compromised in both eyes and her optic nerve health is at risk due to the hemangioma. We are hopeful the procedure will improve, if not resolve, her eyesight issues. Our ability to help Cienna would not be possible without your support. As always, thank you for your generosity, and please keep Cienna in your heart as she goes through her procedure and recovery! 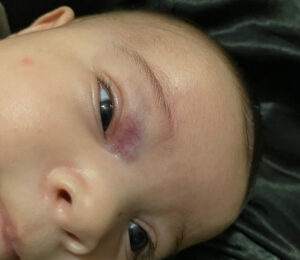 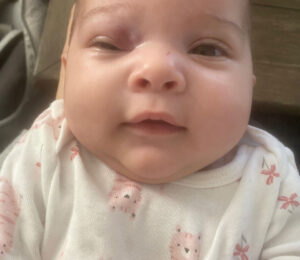 Alex is a wonderful young man who has Autism and Sturge Weber Syndrome.

He came to the Hannah Storm Foundation seeking treatment for a Port Wine Stain with soft tissue hypertrophy of the upper and lower lip. Alex had been treated extensively with laser procedures in the past with another surgeon, however, was told surgery on his lip would be difficult due to his behavioral issues. If Alex didn’t have this procedure, his lip would have continued to enlarge.

Alex successfully underwent surgery thanks to the generous supporters of the Hannah Storm Foundation at our 2019 Celebrity Waiter Night fundraiser. Now, Alex is well on his way to the beautiful life he deserves with an amazing smile. 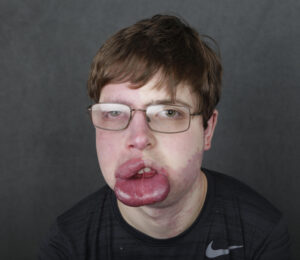 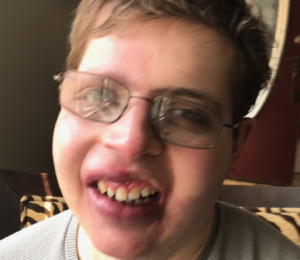 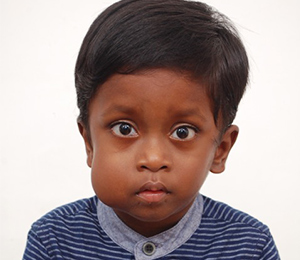 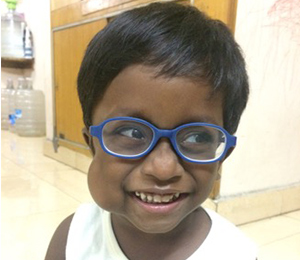 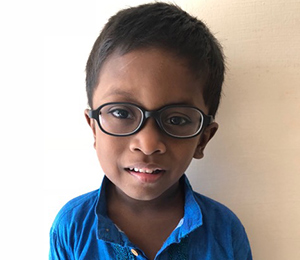 Sloan came to the Hannah Storm Foundation from Montana. This sweet little girl is in need of surgery to treat a severe hemangioma and legion on her cheek.

Funding for Sloan’s surgery was made possible by monies raised at the foundation’s annual fundraising event through a special “Fund-a-Need” program where guests were able to donate directly to a fund set up for Sloane and other children who suffer from various vascular anomalies. 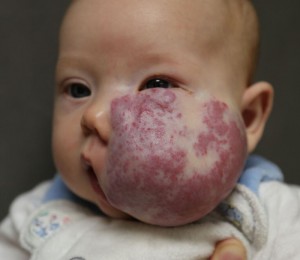 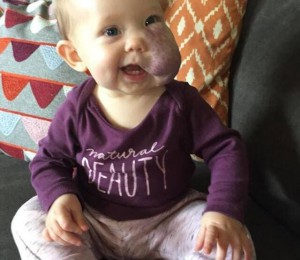 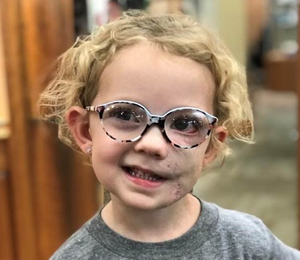 Prince came to the Hannah Storm Foundation from South Africa. He was in desperate need of surgery to treat a severe lymphatic malformation of his eye and cheek. Without the procedure he was at risk of losing his eye.

The procedures performed included a lymphagioma of the left cheek and left orbit, and excision and repair of the left lower eyelid and orbital lymphagioma. Dr. Milton Waner performed the surgeries at the Vascular Birthmark Institute at Lenox Hill Hospital in New York City.

Funding for Prince’s surgery was made possible by monies raised at the foundation’s annual fundraising event through a special “Fund-a-Need” program where guests were able to donate directly to a fund set up for Prince and other children who suffer from various vascular anomalies. 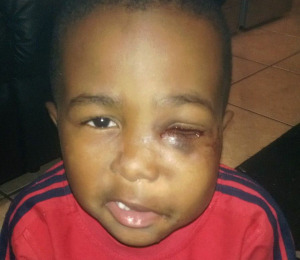 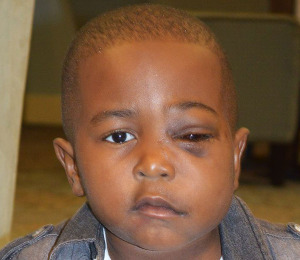 Natalia, 2, came to the Hannah Storm Foundation from the Republic of Georgia. She suffers from a large segmental hemangioma over the left part of her face, neck and head. When she was one month old she had an ulceration of her lip, nose, ear and neck.

In Natalia’s country there are no laser treatment options and many of the doctors are not familiar with vascular anomaly conditions. Natalia’s mother originally found the Waner Children’s Foundation through the Internet and through their generous support; Natalia was able to receive laser treatment at the Center of Vascular
Malformations in Children (ZVM) within the Clinic for Pediatric Surgery at St. Joseph Hospital in Berlin, Germany. This yielded automatic results.

Dr. Waner performed an additional two laser surgeries, but Natalia was going to need three more laser treatments, in addition to reconstructive surgery of her nose and lip as a result of the earlier ulceration procedure. With the help of the Waner Children’s Vascular Anomaly Foundation, Natalia’s mother then found the Hannah Storm Foundation through the Internet and reached out for support.

Thanks in part to generous supporters of the Hannah Storm Foundation at an annual fundraising event, the Foundation was able to raise money through a special “fund-a-need” to pay for Natalia’s remaining surgeries. 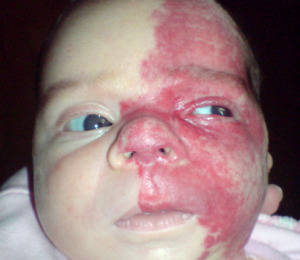 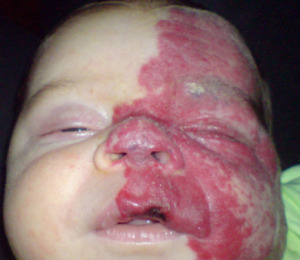 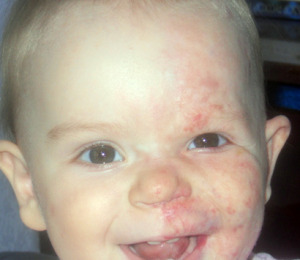 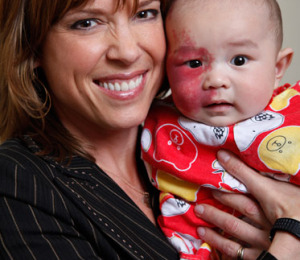 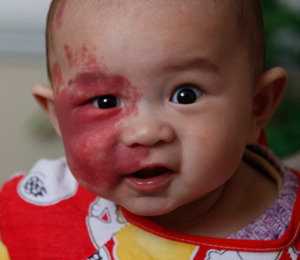 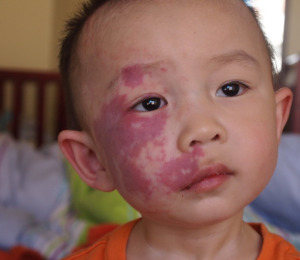 Tobija, 9 months, from Kranj, Slovenia – through an affiliation with the Center for Vascular Malformation in Children (ZVM) in Berlin, Germany, Tobija underwent surgery for a Port Wine Stain birthmark on the left side of his face. This type of vascular anomaly is treated using a special laser (pulsed dye laser). Dr. Milton Waner performed multiple surgeries that were funded by the Foundation. 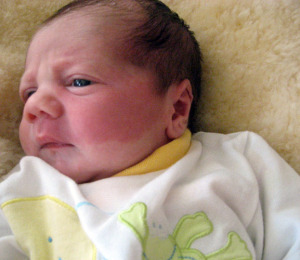 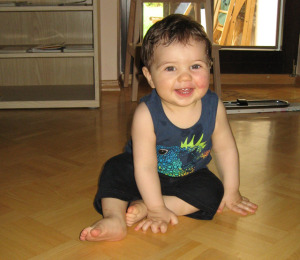 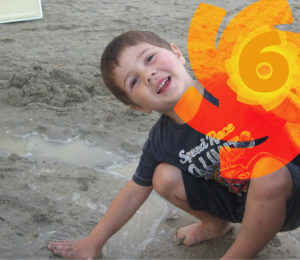 Allison, 7, from Wareham, Massachusetts – worked with the Hannah Storm Foundation for support in funding her last surgery in a series of procedures to remove a partially involuted hemangioma on her lower lip. The surgery was performed in 2010 by Dr. Milton Waner at the Vascular Birthmark Institute at St. Luke’s Roosevelt Hospital in New York City. 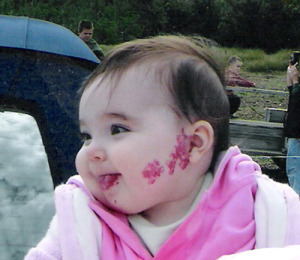 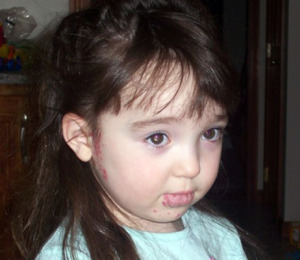 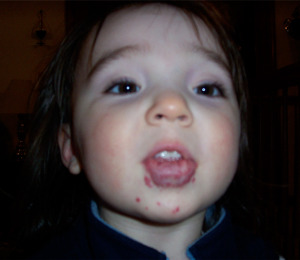 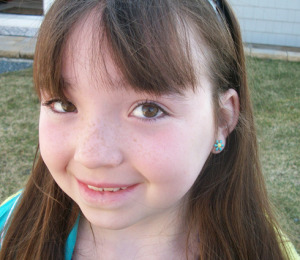